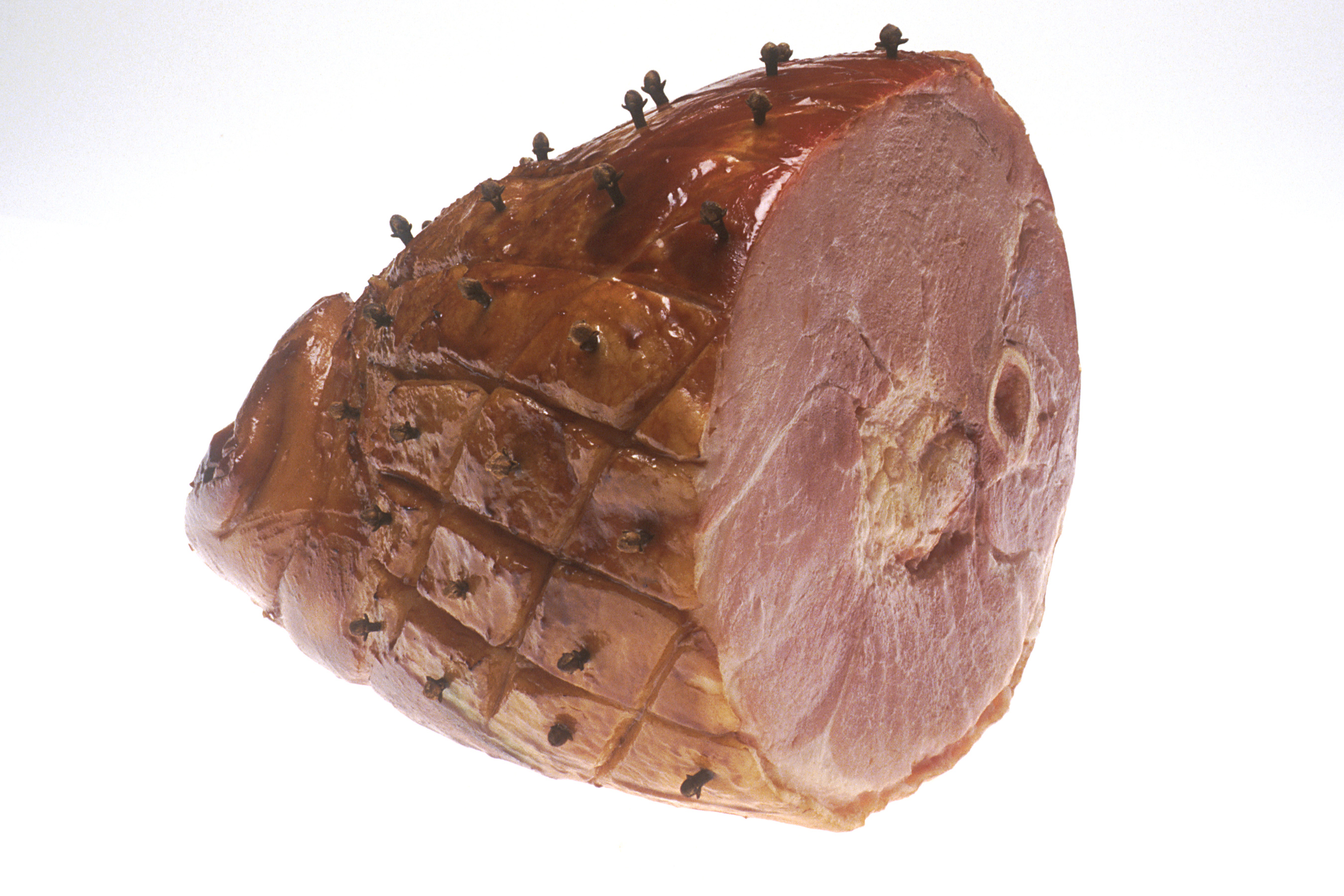 Ham is an excellent source of many nutrients, including protein, Vitamin D, calcium, iron, potassium, thiamin, riboflavin, niacin, Vitamin B6 and Vitamin B12. It also contains significant amounts of magnesium, choline, zinc, copper, phosphorus and selenium.

In one pound of ham:

There is no significant amounts of sugar or dietary fiber in ham.

See the Ham Nutrition Chart for complete recommended daily values.
The specific nutritional values from USDA is for: Ham, minced.

Ham has 1193 calories per pound or 263 calories for every 100 grams. Most of its calories are from fat and protein.

Ham contains 317.5 mg of cholesterol and no trans-fat.

There is no significant amounts of trans fat in ham.

Ham is a source of healthy omega-3 fatty acids, containing a total of 1.41 grams for every pound. It contains significant amounts of alpha linoleic acid. [2]

Some other proteins with similar calories to ham by weight:

An excellent source of protein, a single pound of Ham contains 148% of recommended daily values or 73.8 grams of protein. In addition, ham is also a source of complete protein, meaning it abundantly contains all 9 essential amino acids.

Some other proteins with similar amounts of protein to ham by weight:

Vitamins and Minerals in Ham

Similar to Ham for Thiamin (Vit B1)

Here are some other proteins with similarly abundant amounts of thiamin (Vit B1) to ham:

Ham is in the top 10% of most popular ingredients for recipes. Most recipes call for one or two cups of ham.

Friends and Relatives of Ham