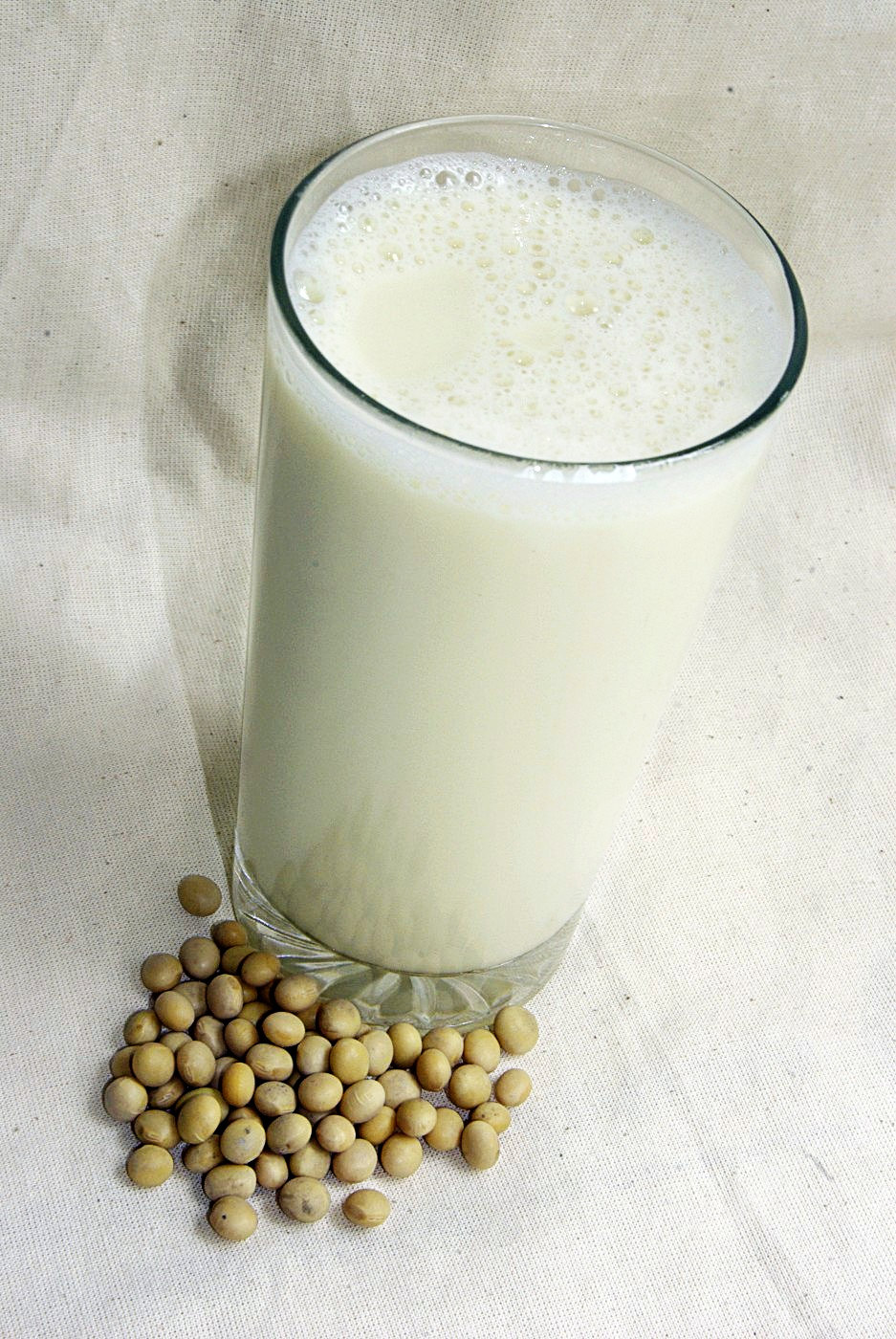 Soy milk is an excellent source of many nutrients, including Vitamin A, calcium, potassium, riboflavin and Vitamin B12. It also contains significant amounts of protein, magnesium, copper, phosphorus, choline and selenium.

In one cup of fortified soy milk:

There is no significant amounts of cholesterol in soy milk.

Soy milk has 105 calories per cup or 43 calories for every 100 grams. Most of its calories are from carbohydrates, fat and protein.

There is no significant amounts of starch in soy milk.

A substantial amount, or 31% of the calories in fortified Soy Milk are from fat. Soy milk is low in total fat, with 3.6 grams or 6% of recommended daily values per cup. Most of the fat in soy milk are healthier unsaturated fats.

There is no significant amounts of cholesterol or trans fat in soy milk.

Omega-3 and Omega-6 in Soy Milk

Soy milk is a source of healthy omega-3 fatty acids, containing a total of 0.18 grams for every cup. It contains significant amounts of alpha linoleic acid. [2]

Some other beverages or drinks with similar calories to soy milk by weight:

A great source of protein, a single cup of Soy Milk contains 13% of recommended daily values or 6.3 grams of protein.

Some other beverages or drinks with similar amounts of protein to soy milk by weight:

Vitamins and Minerals in Soy Milk

Similar to Soy Milk for Vitamin B12

Here are some other beverages or drinks with similarly abundant amounts of Vitamin B12 to soy milk:

Soy milk is in the top 25% most popular ingredients for recipes. Most recipes call for one or two cups of soy milk.

Friends and Relatives of Soy Milk