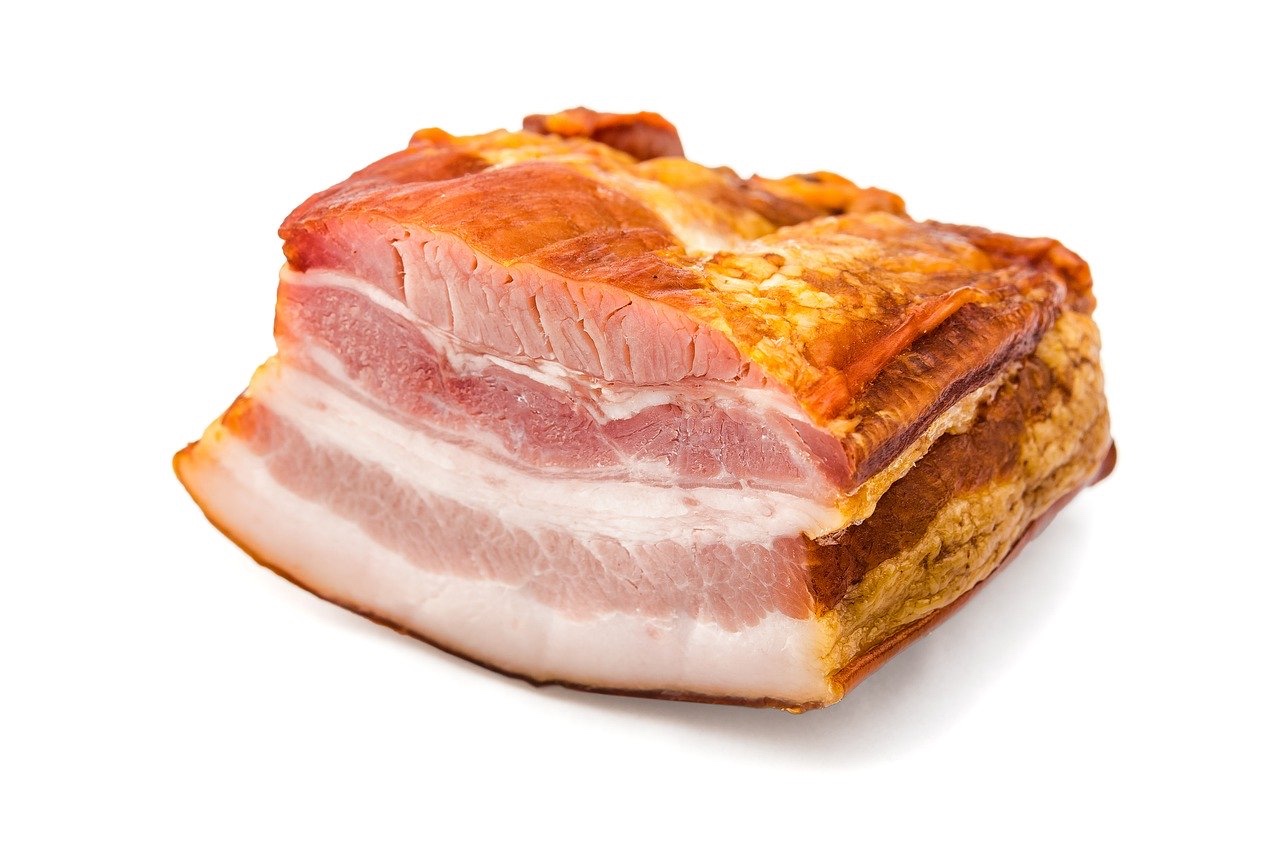 Raw bacon is an excellent source of a few nutrients, including potassium. It also contains significant amounts of phosphorus.

In one slice of raw raw bacon:

There is no significant amounts of dietary fiber, saturated fat or cholesterol in raw bacon.

Raw bacon has 106 calories per slice or 408 calories for every 100 grams. Most of its calories are from fat and protein.

Raw raw bacon does not contain a significant amount of calories from carbohydrates (less than 1%). The carbs in raw bacon are mostly in the form of sugar (100%).

There is no significant amounts of dietary fiber or starch in raw bacon.

The majority, or 87% of the calories in raw Raw Bacon are from fat. Raw bacon is high in total fat, with 10.2 grams or 16% of recommended daily values per slice. Most of the fat in raw bacon are healthier unsaturated fats.

Some other proteins with similar calories to raw bacon by weight:

An excellent source of protein, a single slice of Raw Bacon contains 7% of recommended daily values or 3.3 grams of protein. In addition, raw bacon is also a source of complete protein, meaning it abundantly contains all 9 essential amino acids.

Some other proteins with similar amounts of protein to raw bacon by weight:

Vitamins and Minerals in Raw Bacon

Similar to Raw Bacon for Potassium

Here are some other proteins with similarly abundant amounts of potassium to raw bacon: